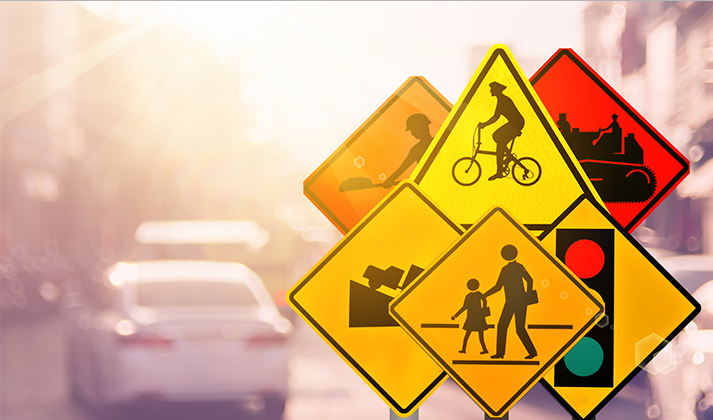 Not all UK parking tickets are incorrectly issued. But many are. Research shows that of the cases that end up at independent adjudication almost two thirds are quashed. But very few recipients of these unwanted fines go this far. Many no doubt because they accept their culpability for parking illegally. Nonetheless there are also hundreds of thousands aggrieved by their parking fines but who don’t contest them because the idea of drafting a challenge either seems too intimidating or time consuming. It should be neither.

Local authorities in the UK are obliged by law to consider all representations against their parking tickets and respond to every challenge in writing, either upholding the appeal and cancelling the ticket or turning the challenge down with reasons for the decision. The key to successfully challenging, unfair parking tickets is to write concise, coherent and credible letters, providing evidence including acts of omission by the council that will invalidate the enforcement action.

You don’t need to write like Hemingway to get an incorrect ticket cancelled. Being able to express the facts clearly should be enough. Below I have outlined the key steps to achieve this.

But first a look at the law authorising a driver’s right to appeal a parking ticket or penalty charge notice issued in the UK.

The legislation granting the right of appeal against a penalty charge notice or parking ticket is The Civil Enforcement of Parking Contraventions (England) Representations and Appeals Regulations 2007 which came into force on 31st March 2008.

This act of parliament provides the legal basis for representations against penalty charge notices issued in England under the General Regulations.

This by law must be on the back of the parking ticket, including full details of the process of appeal and the postal or e-mail address of the relevant civil authority. All appeals must be in writing, either by letters or e-mails

If you are going to appeal, do it quickly. A discount payment of 50% of the cover price of a parking fine is accepted as final settlement if received within 14 days from the date of issue of the parking ticket. If you appeal within these 14 days and it is turned down you will be given another 14 days from the date on the rejection letter to pay the discounted fine.

All appeals against a parking ticket must be in writing. It is important that such letters are concise, coherent and contain all the necessary and relevant information.

Letters can be handwritten or typed. However typed letters are clearer, easier to edit, and tend to carry more weight than handwritten ones.

Ensure you record, accurately, the details of the penalty charge such as the PCN number, vehicle registration mark and the date the parking ticket was issued. If you don’t it could be difficult to trace the ticket within the council’s database. This could lead to unnecessary delays and increases in the payable charge.

Wrongly issued parking tickets can be vexatious, but it is important not to use insulting or vulgar language when disputing them. It will not help your case, rather it will hinder it. Intemperate letters create a needless and unhelpfully negative impression of the appellant which could rebound not only with the council, but also the independent adjudicator if the case ultimately ends up there.

In the council’s case summary for adjudication, clever appeal officers will exploit any abusive or hot headed letters to paint a picture of a person whose lack of respect for lawful authority suggests a corresponding disregard for the laws they uphold – in this case traffic regulations. The adjudicator is unlikely to disagree.

Avoid over elaboration and convoluted explanations, stick to the facts and express them clearly and in a coherent fashion.

6. Impressions do count, – do a spell check, correct your grammar

Brilliant writing will on its own not be enough to get your ticket cancelled if it was legally issued. But a neat, well spelt and simple but grammatically correct letter creates a positive impression of a person who should be taken seriously. And you do want to be taken seriously, which is why you are taking the time to appeal in writing.

The written word is always a powerful tool. But like all tools it needs to be used properly. Do a spell check and ensure your facts are correct and clearly expressed. Sleep over your first draft and check it again before sending it. You’ll have no other opportunity to correct any mistakes once it is sent.

7. If you have evidence send it

If you have evidence to back up your case, then don’t hesitate to send it together with your letter. You can’t argue with facts. So if you have any factual proof to go with your case attach it to the appeal. This could be a copy of a pay and display ticket, pictures, loading notes and invoices, or even a witness statement from a third party who might have witnessed the incident, duly signed and with a traceable address. Keep any originals and send copies of any evidence to avoid original copies being lost in transit or mislaid when being processed.

8. Don’t be aggressive, but do be assertive

Avoid words that convey uncertainty or self doubt. In the realms of law, and this is a realm of law, a lack of self assurance or certainty creates a perception of guilt. Lawyers always look sure of themselves don’t they?

You can’t afford not to if you are dealing with the law. Hesitancy, indecisiveness, and uncertainty appear just as bad in writing as they do in speech, with the drawback, in writing, of not being able to rectify the problem by adjusting your verbal and body language..

Also use emphasis were relevant i.e. italics, bold, underline – these add certainty to your appeal e.g. But don’t overuse them or it could come across as a bluff. Some examples of writing assertive self assured appeal phrases are illustrated in the examples below –

I am sure the meter was not out of order when I parked.

I was not just parked on the yellow line; I was loading from it, which I am entitled to do.

I was parked on the yellow line, but I was loading.

There was no time plate accompanying the kerb chevrons indicating the loading ban.

I did not see any time plate accompanying the kerb chevrons indicating the loading ban.