Should the asymmetry of power in the international system persist, one must be prepared for a temporary and possibly extended suspension of certain accepted rules of IL, or at least for their application in a hitherto unfamiliar manner, warns Zemanek, for whom the situation will lead to the mere transformation of these rules of IL or to a change in the nature of the system as a whole depending on several factors (above all, the intentions of the US and how prudently it will use its resources to achieve them, and also the duration of the current situation and factual developments which might have an impact on the asymmetry of power). In any event, for the medium- term Zemanek advises the States “to face reality in their policy assessments and to acknowledge the unique role of the US, instead of persisting in the fantasy of a world order based on the equality in law of all members of the international system”.

Zemanek seems to suggest that unless prevailing circumstances change, the only way for States to avoid an Imperial Order is to accept an Hegemonic IL, and to abandon the fantasy of an institutionalized, universal, democratic IL. In my opinion this conclusion, although realistic is too pessimistic. In a changing society, it is illusory to envisage IL as a pacific order. One cannot examine a legal order avoiding its uncertain and unstable process of transformation; likewise, one must not isolate the violation of norms from the context in which it occurs. This being said, it is important to recall that the members of the international society have proclaimed the imperative character of fundamental norms and, at a certain moment, they have qualified their infraction as constitutive of an international crime. In spite of the fact that international law-making processes are loose and that they may take into account acts that were originally transgressors, it is awkward that the New Order could be created from criminal acts, whatever the cloths they wear. One should not confuse discretion with arbitrariness nor assume that the democratic character of a government exempts it from being accused of aggression or of war crimes.

The Bush Administration converts the international order into a precarious concept when it polarizes the international society by dividing it between friends (those who are on my side) and foes (those that are not on my side and who are inevitably condemned to be against me) and when it assumes that power legitimates every kind of action. An order that is imposed on most of countries and planet inhabitants is not the best conceptualisation of a world that must be built. The arrogant and reactionary spirit-which reveals a superiority complex-explains its lack of sensitivity to the ultimate causes (the fact that essential needs are not satisfied or humiliation) and provokes that desperate people become believers of prophets of change through terrorist violence. Human dignity and social justice will not be reached through crime, nor will terrorism be put to an end by bombing those with whom one has pending matters.

Hard sanctions must be inflicted to States that are responsible for having committed international crimes. The loss of legitimacy of a State and the suspension of its status civitatis is not a novelty. One can share the view that terrorist or rogue States must be placed outside the law; however, one cannot share the view that the most powerful States are empowered by themselves to fulfil this task and to reach their own conclusions therefrom. To hold the contrary is characteristic of an imperial order; to cover such pretensions is characteristic of an Hegemonic IL.

The IL built from the UN Charter has entailed an enormous progress in the history of international relations. No matter the fact that the Charter can be improved, it is necessary to return to it, to rebuild the consensus over the institutions that must serve the principles that we have given to ourselves and to broaden or complement these principles. Their democratic character and the type of society that they design are still valid. International institutions must be reinforced by making them more representative and plural, despite the fact that they may be sensitive to power. The most powerful States cannot prevail over international legality nor can their objectives be unilaterally imposed on other democratic sovereign subjects. The programme proposed to solve Afghanistan problems may, why not, be of application all over the planet: an open, plurietnic and fully representative government, engaged to peace keeping, respectful of international norms and human rights without distinction of gender, race or religion, cooperative with fight against terrorism and any kind of illegal traffic, supporter of solidarity, promoter of health, and committed to the construction of a welfare society. 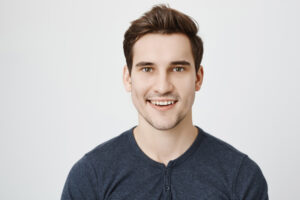 Hi, I'm Nathhan N. Evans. Nathhan is a preident of Legal Law Web. I'm a founder of this Blog and president of this company.