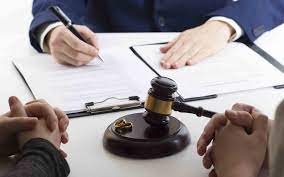 Dads matter and their role in their child’s life are important. If anyone was to question the importance of a father in his child’s life, all they have to do is look at statistics. Young girls with an absent father are more likely to engage in sexual activity at a young age, and they are more inclined to abuse alcohol or drugs. Both boys and girls do better in school when their father plays an active role in their upbringing.

Both sexes are at a greater risk for alcohol abuse, drug abuse and teenage suicide when they are raised by their mother alone. Having a father present in a child’s life means that he or she has a higher chance of getting good grades, they are more likely to have self confidence and they are less likely to suffer from serious self-esteem issues.

Unfortunately, some of the best fathers who want to be involved in their child’s lives are literally shut out by the child’s mother. After listening to their mother repeatedly disparage their father, many children begin to believe that her condescending remarks are factual. When a child believes these bad things about their father, they may start to refuse visits with him. The mother may say that she can’t help the fact that the children don’t want to see their dad, and everything goes downhill from there.

Sadly, the above example happens more often than it should. Children are denied a stable and loving relationship with their natural father, and the father is denied his inalienable rights to his children. Often times the children move on to develop a relationship with their mother’s boyfriend or new spouse, while the father has to move on without his children in his life. Children need their father in their life, especially if their father cares deeply for them and isn’t a deadbeat, or abusive father.

When a fathers’ rights are stripped away from him by manipulative and controlling means, it can have a long-lasting impact on his relationship with his children where neither the children or the father get to enjoy the benefits of being in one another’s life. If you are getting a divorce, are mid-divorce or if you are seeking a modification of your child custody and visitation order, you should retain expert legal counsel before moving forward. An experienced attorney will be able to make sure that your father’s rights are protected throughout the legal process. So, contact a family law attorney without delay!